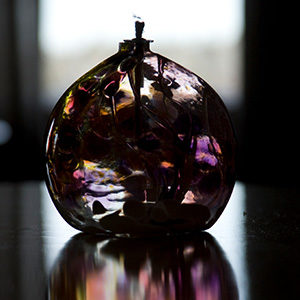 Taizé is a town in France where an ecumenical monastic community has existed since 1940. Today, the Taizé Community is made up of over a hundred brothers, from Catholic and Protestant denominations, coming from about thirty nations. By its very existence, the community is a “parable of community” that wants its life to be a sign of reconciliation between divided Christians and between separated peoples. Tens of thousands have spent time there each year since the early 60s. Their chants are now sung in churches around the world.

Singing is one of the most essential elements of the Taizé Community’s worship. Short songs, repeated again and again, give it a meditative character. Using just a few words they express a basic reality of faith. As the words are sung over many times, this reality gradually penetrates the whole being. It allows everyone to take part in a time of prayer and to remain together in attentive waiting on God, without having to fix the length of time too exactly.

Format of the Weekend

The manner of prayer is based the worship of the Taizé ecumenical monastic community that invites you to join in the chants during each prayer service.

We begin Friday evening at 7:30 pm with Prayer & Chants around the Cross. On Saturday we continue with morning, noon and evening prayer. The retreat finishes with Eucharist on Sunday at 11:30 am, followed by lunch.

During the weekend there are extended periods of silence to let yourself be embraced by God in the times provided for stillness with God. The atmosphere of silence in Loyola House is very important for you and for others on retreat. There is also an allotted time for (optional) group sharing.

Who is it for?

In Taizé the emphasis is on youth but all age groups appreciate this contemplative style of prayer. People who love to sing can easily learn the chants and even ad simple four-part harmony. Meditative singing thus becomes a way of listening to God.